Blatter insists 2022 World Cup will be played in Qatar. 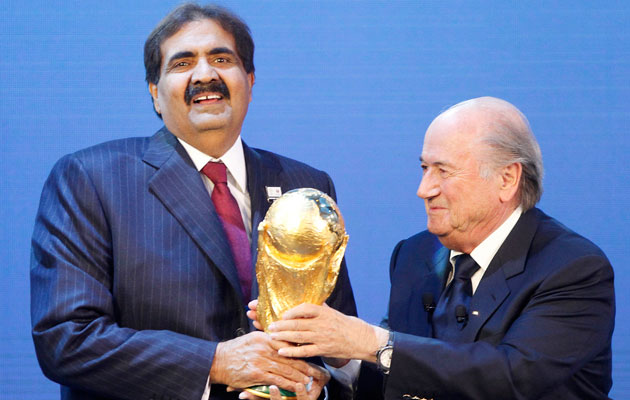 Qatar has dimissed the latest allegations of corruption in the bidding process for the 2022 World Cup.

He said it was significant that the Sunday Times took advantage parliamentary privilege (thereby ensuring there could be no legal comeback), before publishing its latest claims.

“What I understand is that they went to parliament before publishing, to get parliamentary privilege,” Al Khater said at the Asian Football Confederation (AFC) awards in Manila.

“I guess that tells you the story… there’s a story that came up but they went to the select committee in parliament, so already that tells me that they’re looking for some protection.”

Meanwhile, FIFA president Sepp Blatter told the gala dinner: “Believe me, with all what has been said, what is told around the world, by whom? By those … not involved exactly (with) what has happened or what happens in football,. The World Cup 2022 will be played in Qatar.”

Controversy has stalked Qatar’s successful bid to host the 2022 World Cup with ethics investigator Michael Garcia disowing the summary of findings of his own report.

Amid calls for the report to be made public, Al Khater said: “At this point our opinion is that this report isn’t in relation to Qatar, as a lot of people make it sound.

“I’m pretty sure people are already feeling tired of this story. I think there’s already reader fatigue in terms of this story. For us we’re just focused on our work, we don’t really pay attention to it.”

Regarding the timing of the 2022 World Cup, Al Khater said said several dates were viable.

“So you have several dates on the table right now.”