MLB SportAct - March 15, 2014
0
Fewer than three weeks away from the regular season, the spring is roaring along, and the action continues Thursday with a full slate of games available on MLB.TV. Among the first of the 11 contests that will stream live on...
Read more

PS4 owners better get comfortable, you won’t get MLB 14: The Show until May...

MLB SportAct - March 15, 2014
0
The PlayStation 4 version of MLB 14 The Show will launch on May 6, developer Sony San Diego announced today. We already knew it would miss Major League Baseball's opening day and debut after the PlayStation 3 and PlayStation Vita...
Read more

K-Rod gets treatment after stepping on cactus

MLB SportAct - March 15, 2014
0
In the pantheon of oddball injuries, what befell Brewers reliever Francisco Rodriguez this week might not rise to the level of Steve Sparks separating his shoulder trying to tear a phone book in two during Milwaukee's Spring Training in...
Read more

MLB SportAct - March 15, 2014
0
The Reds scored two runs in the second inning and held on for a 2-1 victory over the Rangers on Friday night before a club-record crowd of 8,015 at Goodyear Ballpark. Part of a battle for a rotation spot on...
Read more

MLB SportAct - March 15, 2014
0
Over the next few weeks this column will unveil MLB Power Rankings starting with the weakest team and working towards the strongest. Today the process continues by looking at number 12, the Los Angeles Angels of Anaheim. 2013 Record: 78-84...
Read more

NFL SportAct - March 14, 2014
0
Reece says he is excited by the move and expects it to pay immediate dividends on the field. “One of my priorities was a legitimate returner. That’s an added weapon that takes them from number two in offense — that...
Read more

NBA SportAct - March 14, 2014
0
The latest buzzer-beater at the Big East tournament belongs to a Seton Hall reserve with a familiar last name. Sterling Gibbs hit a step-back jumper as time expired and Seton Hall stunned No. 3 Villanova 64-63 in a thrilling quarterfinal...
Read more

NFL SportAct - March 14, 2014
0
It should come as no surprise if Arizona State’s Jahii Carson comes up aces at the Pac-12 tournament in Las Vegas, where the third-seeded Sun Devils face No. 6 seed Stanford in Thursday’s quarterfinals. Carson scored 34 points in...
Read more

Dyke says report has been undermined by comments made by Michael Garcia.
Claims all payments were cleared by FIFA in advance. 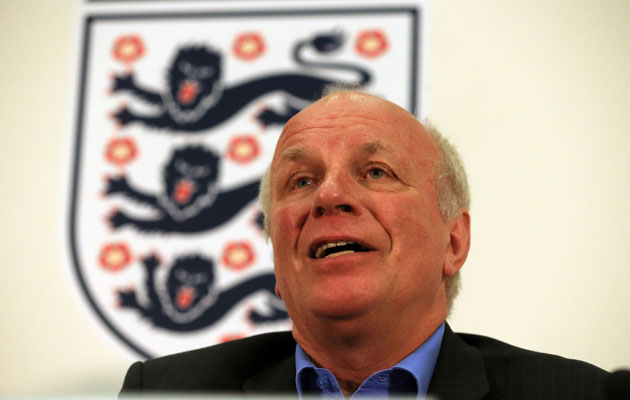 FIFA’s report into the bidding process for the 2018 and 2022 World Cups has been described as ‘a joke’, by English Football Association chairman Greg Dyke.

Dyke spoke after Michael Garcia, the man who investigated claims of wrongdoing and upon his findings the report is based, said the report was “erroneous”.

“It has undermined the whole process,” Dyke told BBC Sport, adding that it now looked “pretty ugly for FIFA”.

The report cleared Russia and Qatar of corruption claims but criticised the FA for behaving in a manner which undermined FIFA.

The 42-page document, compiled by German judge Hans-Joachim Eckert, was published this morning

American lawyer Michael Garcia, who spent two years investigating claims of corrupiton, was dismayed by the interim report and says he will appeal against its findings to FIFA’a appeals committee.

Dyke seized upon Garcia’s remarks, suggesting that they had fatally undermined the credibility of Eckert’s report.

“I think it’s now pretty ugly for FIFA if the person who did the inquiry says the judge hasn’t properly reflected his inquiry,” added Dyke.

“I think that’s pretty serious for FIFA. It now seems the interpretation of the Garcia report is not a fair one, according to Garcia himself.”

The FA was accused of trying to “curry favour” with former FIFA vice-president Jack Warner, the Trinidad and Tobago official who quit his role in 2011 amid bribery allegations.

The report accused England’s bid team of trying to win Warner’s backing by trying to help “a person of interest to him” find a part-time job in the United Kingdom; sponsoring a gala dinner for the Caribbean Football Union, at a cost of $55,000, around £35,000; letting the Trinidad and Tobago Under-20 squad hold a training camp in the UK in the summer of 2009

However, Dyke insisted the FA had “nothing to hide” and that their dealings with Warner were cleared in advance by Warner. .

“Within that report, most of the criticism is of people who cooperated the most fully,” he said.

“If you actually didn’t cooperate, you don’t get criticised, which seems very weird to me.

“The FA, I don’t think on this, has got anything to hide.

“Everything that was done was cleared with the FIFA executive beforehand and was told to the Garcia report by the English FA.”